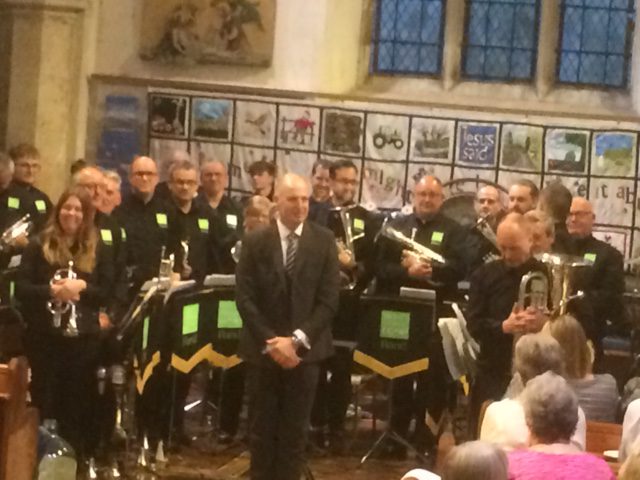 The Band played a range of genres ranging from ‘You Can’t Stop the Beat’ from the musical ‘Hairspray’ to a thoughtful and moving piece – ‘Prayer for Ukraine’, written by a Ukrainian composer.  The standard of musicianship was very high, including some memorable solo performances.  It’s no surprise that the band, following success in the regional finals of the National Brass Band Championships, have been invited to the National Finals in Cheltenham later this year.

Many thanks to all the performers for their outstanding concert.  St Mary’s look forward to welcoming the Band back for their Christmas Concert.