‘A New Thing’ – thoughts from The Rectory 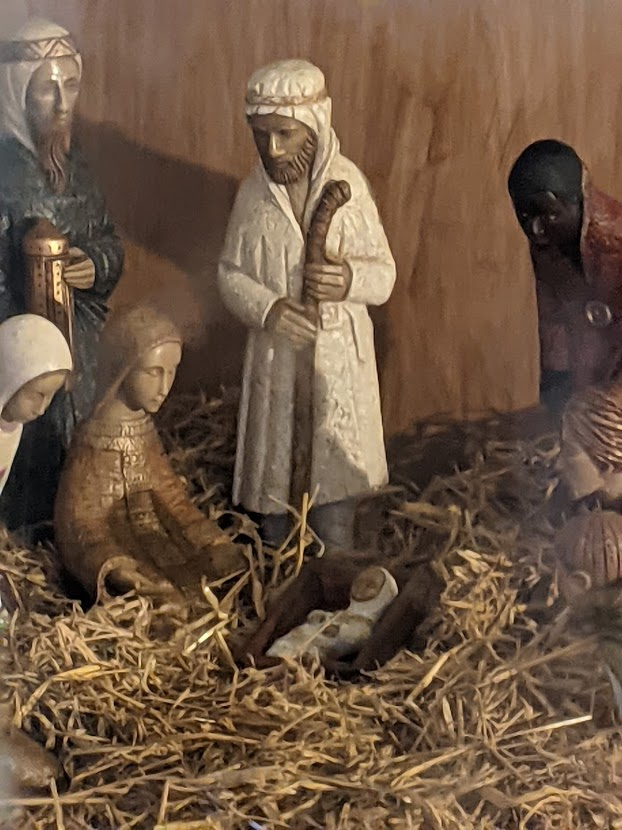 See I am doing a new thing; …. making a way in the wilderness and streams in the wasteland (Isaiah 43:19).

The Bible doesn’t give us their names; we don’t know where they lived or how long their journey had taken them.  We just know that they were strangers from a far-off land and that the news they brought caused dismay.  A new King of the Jews could mean only one thing, a challenge to the existing order.  I wonder what prompted the Magi to follow that star.  Why undergo the danger, discomfort and cost to seek out a mere baby?  Even if he would one day do great things, the chances are they wouldn’t live to see it.  What difference could he possibly make to their lives?

Although we don’t know what drove the Magi on their quest; we can see that, like Simeon and Anna (Luke 2:22-40) whose story we will hear at the end of January, they rejoiced to see that God was doing a new thing, even though the impact of that new thing would only be felt long after they had gone.  They trusted God for the future, even though that future was beyond their grasp.

The Magi are an essential part of our story.  They add a degree of exotic colour to the scene; an air of mystery.  More importantly though, they are gentiles, outsiders whose journey to see this new-born king showed that this is not just a Jewish event.  With this visit, God is giving notice that he is breaking out of the bounds his people want to place around him.  Change is in the air.  Whatever impact Jesus had on their lives, by making this visit, the Magi played their part in spreading the Gospel message, and so had an impact on ours.

Change is once more in the air.  We long for this crisis to pass and normality to return.  But what will that normality mean?  See I am doing a new thing; …. making a way in the wilderness and streams in the wasteland (Isaiah 43:19).  The story of God’s word is a constant one of renewal.  This work of renewal drew in the Magi, what about us?

When the current crisis passes, as it will, will we be prepared to trust that God is doing a new thing; to take a step of faith with him, especially if the road stretches well beyond our horizon?

The Pew Sheet for 3rd January can be found in Downloads