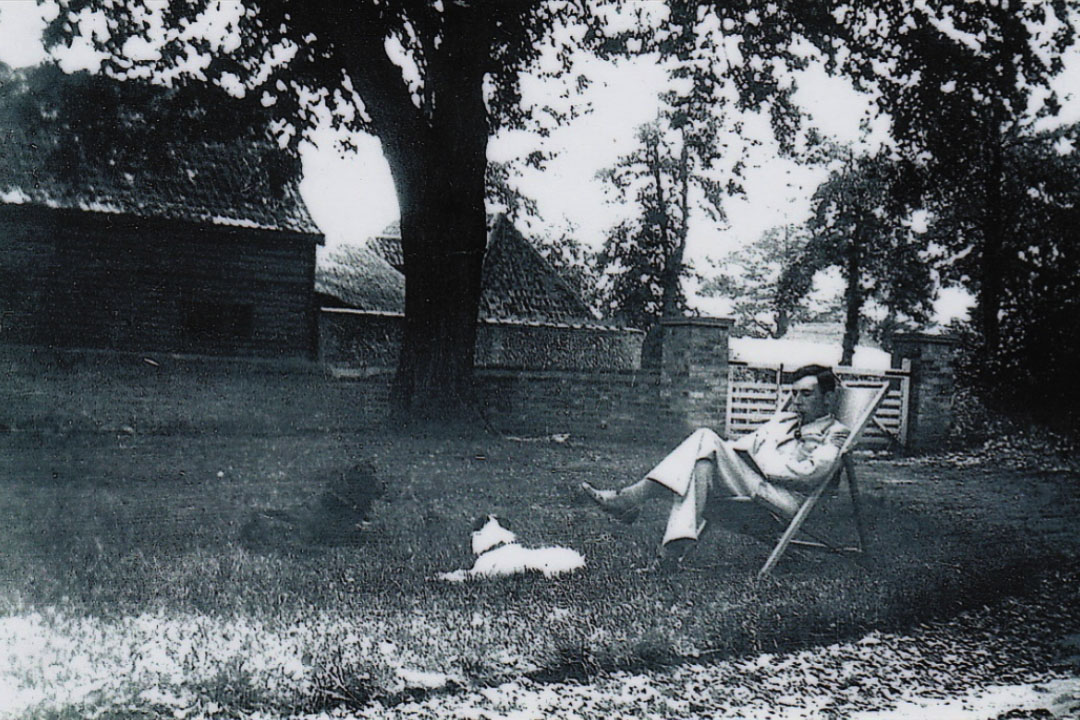 A peerless morning. The garden is daintily coloured with marigolds, phlox drummondi and mombresia and scented with gorgeous roses. White butterflies flit and summer is still here. Dad has gone for his customary Sunday morning walk at the Valley Farm. Jack is resting and reading, while Mum and Bill are pleasantly employed in light household duties. I am enjoying the shade of Herr Karl Druski.A year ago today (September 3rd) I was in Creeting St Mary Church and on that morning war was declared. Above us now above the soft white clouds, aircraft zoom and hum and already this morning there have been two air-raid alarms. We heard a Jerry pursued by our fighter and saw a streak of white smoke above us, but all else was curtained by the clouds, from our sight.

Last night just after 10pm I walked home from helping at the canteen at the Parish Room with Misses Jermy and S Martin. There come the khaki clad men (lately of the Liverpool Scottish), to have the only comfort afforded by that place, dismal in its curtained black-out, their only relief from tent life at Choppins Hill. They dutifully scratch away at home letters or turn the pages of magazines, partaking meanwhile of tea or lemon water and the rolls and cakes on sale to them. They seem to take everything with a purposeful but controlled matter-of-courseness.

Coming home the sky was brilliantly lit. There were the stars deeply embedded in their beauty in the dark depths and beneath them beams from many search lights. They came up in a mass, crisscrossing in the sky from beyond Mill Hill and Green Hill. Others joined in and soon from behind the church came a wondrous path of light right across the sky joining the other lesser beams. Some of their number slowly swept across the sky, searching, searching.

Hardly audible to the ear we could just hear the beat of the drone of Jerry. While passing under the elms, first one siren and then another from Ipswich, Claydon and Needham took up the doleful warning. It is an eery, mournful rising and falling, reminiscent of the gulls’ cries at Ilfracombe, the first holiday.

We have been very blessed in this sweet corner of England so far. The warnings have been many, but shocks few and the nineteen bombs dropped in Crowfield a week ago last night fell in fields without even the near-by cottages being aware of them.

Saville on 7 days’ leave from A.F.S, last Sunday until this morning was down from Monday until Wednesday. He was very cheerful and said that Londoners felt that things were OK, that opinions of French and Dutch behaviour were low. London has now had a week of warnings. Mr Knight back in Creeting from Gosport and Bristol, feels to be back in peace compared with the fortnight spent in those places.”

Photo: Jack “resting” in the front garden of Hall Farm